NFL Dume is the true definition of what a clout chaser is in today’s day and age. Dume an aspiring rapper broke all codes of what a hungry artist should not do in this era is to pull up on an already established artist/A&R, etc while they are out doing their own thing and instead of informing them through the right channel. 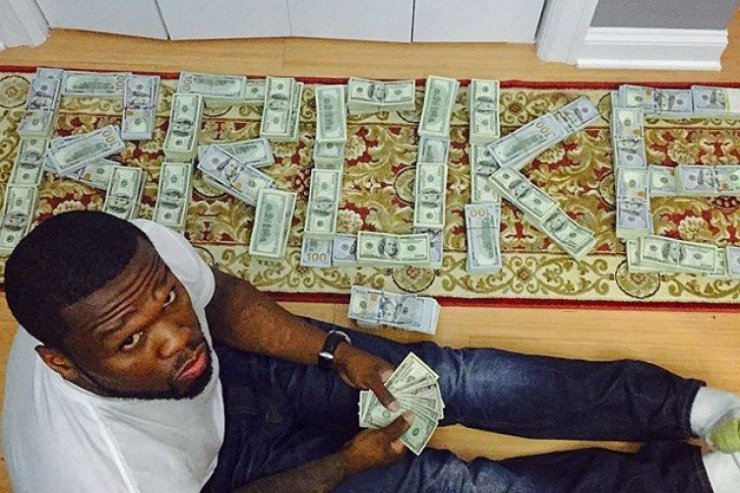 Back in the day that wasn’t something unfamiliar nor nor distasteful because if you were trying to creep on a come up you’d do it by any means necessary and hand out your demo or whatever it is you were advertising on sight once you see someone with that influential status.

NFL Dume must have forgotten that this is 2019 – the season for clout chasing and he approached 50 CENT with his associate who was recording the whole thing and kept pushing to 50 that he should check out his Instagram profile and let him know if he had what it takes to make it in the music industry.

One of the many problems with this situation is that 50 was currently on a date with Nikki Nicole which to me was a major, MAJOR NO. If I’m with my wife or girlfriend out somewhere trying to get well acquainted and some douche pulls up that I don’t know asks me to put him on I would be pissed.

NFL Dume didn’t think he was in the wrong for not going through the proper pipeline to potentially get a shot in the rap game so him and his acquaintance did the following below:

You can tell 50 wasn’t playing and could have layed him out based on the size difference, but luckily Dume’s acquaintance was recording the whole thing to save Dume’s skull. I believe 50 had the right to be tight about Dume’s way of trying to get a shot because no way Dume would have pulled that stunt if it were a white man and be clear, black people feel comfortable doing stuff like this once they know the person they want something from is black and would think twice if it were a white man or any other race because for some reason they know in the back of their mind that doing so is the wrong way to go about discussing business. To add insult to injury, Dume was asking for 50 to lay the first punch in hope that once caught on camera he would have a way to make some clout cheddar – what a loser. Who records someone and begs to get knocked out so you have solid evidence to get some paper……a dirtbag.

NFL Dume had this to say after his encounter with 50 CENT:

Do you think Dume was right?