“I know where my girl is at all times” “I trust her with all my heart, she would never do me dirty“, “She always tells me where she goes“, “She’s with her girlfriend Laquisha“, “She says she loves me and she would never lie to me“,  LIES LIES LIES!

Men…women nowadays are pulling the same stunts that us men do when we are out creepin’.  Not to say that I am one who creeps, but just speaking in general. When you think about it, the women have not only been able to adapt to our ways, but have mastered the art of creepin’.  You will never EVER know if your girl is sexin’ another man…..or even a next woman.  The only way how you will know is if she wants you to know…..always remember that. For some odd reason, us men are not that great when it comes to the art of creepin’.  Yeah we may have an alibi, someone who we can say that we were with or whatever the case may be so just in case if shit hits the fan, we can always say “well, why don’t you call up Greg…he can confirm where I was“.  Usually, for the men it doesn’t work out because it usually comes out in the light somehow. I can’t explain it, but its almost as if we do not have the right support system as the women do.
They have this special power that I like to call “a women’s intuition” and 9 times out of 10, when they think that their man is cheating…….they are right. Unfortunately, the average man will snitch on the other or drop hints to the girl who is getting cheated on. Regardless how close you are with your friend, he will always back stab you because he will be forever in the interest of the woman. Women know how to manipulate to get whatever they want…..think about it. He will say that her man is doing her dirty and this puts the girl in a position where she begins to question her relationship with her current partner and because the guy who is feeding her this bullshit is the “go to guy” for her, she begins to develop a relationship with him and in most cases eventually, they become a couple….ain’t that a b***h? 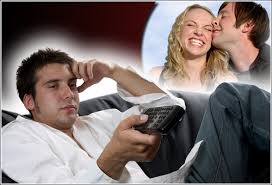 Women just know how to keep secrets and keep it hidden for years. Ever heard those stories where the woman will be with her husband for about 45 years and she wants to, she decides to tell her husband that she had an affair like 5 times with like 5 different guys….GEEZUS! Now take this in…..she’s been married for 45 YEARS; you both have been with each other for a major part of each other’s life. She comes home from work the same time everyday, she goes to the gym and back the same time every day, you both go out all the time and never realistically leave each other’s site…….so how the hell did she get the time to cheat?  You would think that her friend (who is supposedly the gossiper) would have revealed this to you, or even someone who probably would have seen her somewhere where she wouldn’t normally go, but nobody hasn’t seen anything.  So you ask yourself, “why did she decide to tell me now after all of these years?” Interesting question right? You think it was her guilty conscience, a form of piece of mind? It depends on the individual.

Women are at a point now where they have that special guy who showers her with gifts,  takes her out to places and shows her a good time. This is the same guy whom the girl loves hanging out with and they have long intellectual conversations that stimulate her mind; btw this guy who she is creepin’ with also has that good dick ( I mean the MAGIC STICK).  Then she has YOU, the boyfriend/husband.  You are the guy who she loves so dearly, but you are also the guy who forgets to treat her like a queen. You may be the guy who doesn’t remind your woman that she is beautiful each and every single day.  Yeah she cares about you, loves you with most of her heart, but you are just not the same guy as you used to be.
The thing is is that when women who are in a long term relationship they don’t necessarily cheat.  They need a reason and it’s usually because the man isn’t stepping up to the plate.  The woman wants her man to be the guy whom her boyfriend/husband used to be like or wants him to be like. She wants the finer things in life, she wants the outings, she wants that good dick (and if you ain’t packing homie’s…..LOL! sucks to be you), but nevertheless…..as long as you give her that attention that she solely craves for, she will end up finding it from someone else.  Remember this, if you notice that she is going out more often than usual, pay attention closely. If you notice she keeps on talking about what her friend’s man has done for her friend, pay attention closely. If she is having late night conversations with her friend Sarah, but when you clue in to what she is talking about it may sound questionable  so please pay attention closely. 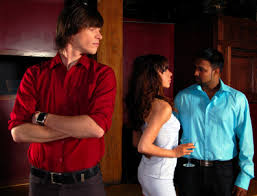 All I am saying is that there are signs that anyone can detect as to how things are going with your woman.  You see how you wanna show and prove when it comes to valentines day, make that an everyday thing.  You don’t want your queen running off with the next dude who is putting in his time with your girl. Allow your girl to be honest and open with you.  Allow her to be her own person, don’t judge her or disrespect her because all that will do is open the door to secrecy. If you have an open door communication then she wouldn’t feel the need to hide anything.
What do you think?